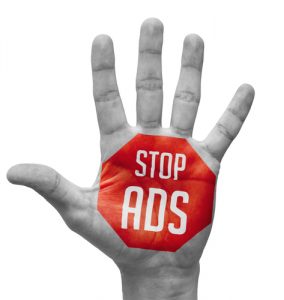 After 9 years since the entry into force of Law 13/2011 of May 27, of Gambling Regulation, the Royal Decree on Commercial Communications of Gambling Activities (view text in this link) who’s objective is to develop Article 7 (Advertising, sponsorship and promotion of gambling activities) and some aspects of Article 8 (Consumer Protection and Responsible Gambling Policies) is today published in the Official State Gazette.

On numerous occasions we have carefully analyzed the different drafts of the Decree, or the clamorous absences of progress or delays in their elaboration. (See below for a reference to several comments posted on our website).

Finally, and after several attempts since 2015, the latest impulse by the current coalition government, has culminated, although it was not expected to be so radical in terms of sports sponsorships, restrictions that were introduced in the last minute. The Decree was expected as drastic reduction in advertising and promotional activity of online gambling was already envisaged in the Government’s electoral program.

Regarding advertising and promotional matters, licenses have been granted under very broad and liberal conditions, but in audiovisual media the basic limitations in relation to the message have always been present; and, on the other hand, many of the approved provisions are based on the general and ethical principles of the Code of Conduct adopted in 2012, to which almost all operators have adhered.

Regarding player protection in particular, numerous regulatory provisions, and the conditions imposed in successive calls for tender already introduced restrictions and limitations for secure and responsible gambling; Royal Decree 1613/2011, of November 14, in relation to the technical requirements of gambling activities, establishes provisions regarding the prior identification of the people participating in the games and the control of access prohibitions of, among others, minors and others prohibited persons; Royal Decree 1614/2011, of November 14, regarding gambling licenses, authorizations and registrations that include provisions regarding access to gambling, information to the player on their gambling activity, limits of the deposits, or to the General Registry of Prohibited Gamblers (RGIAJ); Also the Ministerial Orders that approve the basic regulations of the different types of gambling contain specific measures regarding safe gambling in relation to specific games, such as those relating to slots, with provisions related to the prior configuration of spending and time of the gambling session, the closing of the session when exceeding the determined thresholds or the establishment of periodic notifications to the player on the elapsed time etc.
Although there are still some aspects of the Spanish Gambling Law to be developed (e.g. specific regulation on lotteries and another on the return to sport of the tax collection obtained from betting, and horse betting) this Decree closes the circle of basic regulation of state-level gambling activities.

The objective of the Royal Decree, as indicated in its Explanatory Memorandum, is to achieve an adequate level of protection for the most vulnerable groups such as minors, young people and people who may be experiencing a problem with gambling. Thus, Title I contains the legal regime for commercial communications and the general principles to be observed therein, including different ethical principles that now become mandatory; Title II defines the active policies of information and protection of players;. Title III describes the supervision, inspection and control powers remitting to Law 13/2011 on Gambling Regulation and General Law 7/2010 on Audiovisual Communication.

Perhaps the most relevant articles are those that limit the broadcasting hours of commercial communications, generically from 1:00 AM to 5:00 AM, as well as those that include specific provisions that affect certain forms of commercial communication, such as sponsorship or bonuses and other promotional initiatives, or the prohibition of people or characters of relevance or public notoriety in commercial communications, as well as specific restrictions based on the different advertising channels offered with complicated interpretation, since there are cross-references to exceptions of various articles (questions will most likely be solved in a pedagogical FAQ section (“Frequently Asked Questions”) on the website of the Directorate General for the Regulation of Gambling).

The Royal Decree delves into the “Active Policies for Information and Protection of Players” that require operators to incorporate a number of mechanisms and obligations in order to strengthen the forecasting, detection, and, where appropriate, mitigation of pathological phenomena such as gambling addiction or other risks or problems associated with gambling and introducing the concept of “person with risk behavior”.

Numerous other precepts and mandates have already been analyzed in the previous stages of processing and can be consulted on our firm’s website. (View link to analysis of the last stage of processing).

Entry into force and implementation of restrictions

The Royal Decree enters into force the following day from its publication in the State Official Gazette (hence, 5 November), but due to the cross referencing technique used in the Final Provisions (which defer the entry into force of some articles), and the Transitory Provisions, the timing of the implementation of the obligations or adaptations could be complicated to interpret.

Entry into force of some precepts on May 1, 2021: The prohibitions on bonuses and promotional activities (Art.13), on certain commercial communications in information society services (Art. 23, 1 b) and c); the prohibitions on communications by electronic mail and equivalents (Art. 24), the restrictive rules of dissemination through video exchange platforms (Art. 25.3); the limitation of communications on social networks dedicated only to gambling activities (Art. 26.3); and the limitations on the activity of tipsters (Art. 27).

In addition, there are controversial aspects that will elicit various reactions. For example

Direct consequences and legal challenge of the Royal Decree

We are facing a paradigm shift in the ecosystem of state-level gambling activities (not so much for SELAE and ONCE lotteries, with clearly profit from a kinder treatment than other gambling operators) that, as in any rule of law, will be subject to court control. There are various legal tools that can be used, such as direct administrative appeal before the Supreme Court within two months of publication, a procedural instrument whose purpose is to eliminate the rules from the legal system when they are contrary to Spanish law or the Constitution. Moreover, it is probable that certain restrictions referred to in the Royal Decree, duly analyzed by the national court, would be previously referred to the Court of Justice of the European Union. It should be noted that these procedures are extremely complex and can be lengthy.

Moreover, it seems likely that the change in the conditions of the respective licenses granted be a cause of massive challenges by the entities concerned.

Finally, the technique used to affect the relationships between sponsored operators and sports clubs will be an important source of conflicts related to advertising sponsorship contracts between both parties.

Furthermore, as regards sponsorship contracts, it is clear that there will be a multitude of contractual disputes due to the effects of the Royal Decree on existing contracts which in many cases will prejudice one (or both) of the contracting parties. Such disputes will derive in damage claim and its corresponding compensation, despite the transitory period contemplated in the Royal Decree. Without a doubt the specific wording of the contracts and circumstances will be key.

In short, more than a solution this regulation will bring severe unrest.

Additional note: Link to several comments on this same matter posted on our website.