Brazil : Regulation on gambling and court decision in Rio Grande do Sul 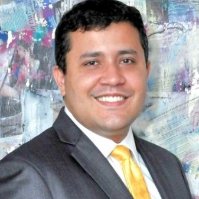 Since December last year, the potential regulation of the gambling industry in Brazil has caught the attention of the media. Our local partner Luiz Felipe Maia was interviewed by Folha de São Paulo (see the intervew), the largest newspaper in the country, by TV Bandeirantes (see the interview) and by CBN News radio station. On another note, TV Globo, the largest and most influential TV network in the country will have a problem gambler as one of the main characters of their next soap opera, which, we believe, will give the industry a good opportunity to make itself visible and explain responsible gaming initiatives as one of the advantages of a regulated market.

At the same time, in the State of Rio Grande do Sul, in the south of Brazil, a court decision has stated that gambling is not prohibited in that state, because the prohibition set for the in article 50 of the Misdemeanor Act of 1941 is unconstitutional. The public attorney has appealed hat decision and now the case is pending judgement by the Federal Supreme Court5, where it has been granted “general repercussion” effects, meaning the decision of this case will be binding to all other similar cases in the country.