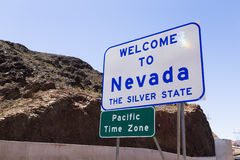 The real goal is regulation, and saving eSports from itself.

Even the games are owned by companies.  Every few weeks, they change the game.  Could betting on football be regulated if the owner of the entire game were to arbitrarily change the shape of the ball every week?

The Nevada regulators had, somewhat reluctantly, allowed Nevada-licensed bookmakers to take heads-up betting on eSports.  Accepting wagers on “other events” has been permitted for decades.  In fact, state regulators have had to close down betting on events like the Oscars.  Someone from PricewaterhouseCooper put those names into those sealed envelopes, including the one opened by Warren Beatty.  A tougher problem developed with the TV show “Survivor.”  Viewers could bet on the outcome; but, reality shows are at least partially scripted.  Normally, the worry is that insiders will place bets on event outcomes that have already happened.  But would it be a crime if the producer of a reality TV show bet on his favorite contestant and then rigged the show so she won?

Which brings us to eSports.  It would have been politically embarrassing if regulators had said that you can’t trust eSports events to be run fairly.  Nevada regulators allowed parimutuel betting on jai alai.  I remember watching a game in the MGM Grand’s fronton.  A great sport to watch.  But not one generally thought of as a model of self-regulation.

Maybe most importantly, Nevada has declared how eSports betting will take place from now on: parimutuel pools.  This is important because it will eventually eliminate a major eSports’ problem: The betting of skins.

Skins are avatars.  A player can win, or buy and sell on secondary markets, a skin that will make his weapon look fantastic.  But the weapon’s strength remains the same; the change was only electronically skin deep.

The money, however, is real.  Players are buying and selling skins for hundreds of dollars.

Most eSports wagers use skins as currency.  But the secondary markets, in fact, the very idea that skins are worth anything, is based on artificial shortages in artificial markets.  For those who don’t remember, here’s a link to “Bubble bursts on Beanie Babies,” http://old.seattletimes.com/html/businesstechnology/2002020751_beaniebabybubble31.html.  There are a lot of people who still hate Beanie Babies.

A lot of Millennials are going to lose a lot of money when the eSports skins bubble bursts.  Nevada’s regulators deserve credit for forcing the elimination of skins betting, before it got even bigger.  Parimutuel betting does not work with skins.

The Nevada gaming/entertainment industry has already invested real money in the expectation that eSports will draw Millennial fans to its restaurants, shops and casinos.

Gaming regulators do not have any direct power over eSports events.  But they have absolute control over the state-licensed sports books.  As of July 1, 2017, books will be able to operate sports pools on any “other event” that has been approved by Nevada regulators.  But there are requirements.

First, everyone has to agree on when the game is over.  A “licensed sports pool shall not accept a wager on an event unless the date and time at which the outcome of the event is determined can be confirmed from reliable sources satisfactory to the chairman or from records created and maintained by the book in such manner as the chairman may approve.”

Then, regulators put the entire burden of controlling eSports on the one party they have power over:  the sports book.  The books, will, of course, pass the burden on to the eSports event organizers.

The new rule requires that the sports book has to provide “such other information or documentation which demonstrates that:

(1) The event could be effectively supervised;

(2) The outcome of the event would be verifiable;

(3) The outcome of the event would be generated by a reliable and independent process;

(4) The outcome of the event would be unlikely to be affected by any wager placed;

(5) The event could be conducted in compliance with any applicable laws; and

(6) The granting of the request for approval would be consistent with the public policy of the state.”

It is a rather brilliant move.  Nevada regulators get to set all of the standards, pretty much for the entire world.  And they don’t have to do any of the actual work.  There’s nothing wrong with this; I don’t think we really want Nevada gaming regulators to oversee professional football games.

Instead, they have said to the bookmakers, “Better get everybody together and figure out a way to create an eSports-NFL.”

© Copyright 2017, I. Nelson Rose, Encino, California.  All rights reserved worldwide.  Gambling and the Law® is a registered trademark of Professor I. Nelson Rose, www.GamblingAndTheLaw.com.