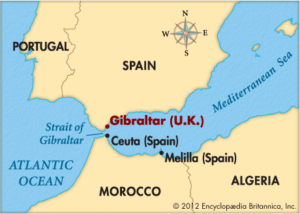 Not long ago we published on our website an article [link article] in which we highlighted the different tax incentives that exist in the autonomous cities of Ceuta and Melilla: reduced rates of IPSI in comparison with VAT, tax incentives of the Corporate Tax (IS) and reduction of the tax on Gaming and Gambling Activities. We also highlighted how, thanks to this, these two African enclaves are gaining ground to Malta, as an alternative destination, in view of the foreseeable stampede of online gaming operators who must leave the UK and be located in some destination in the EU or EEA to continue operating in Spain.

Focusing on the 50% reduction in the Tax on Gaming and Gambling Activities provided in section 2º of the article 48.7 of Law 13/2011, it is necessary to analyze the recent consultation on this point made by an operator to the Directorate General of Taxes (DGT). In this regard, it should be remembered that the aforementioned Law 13/2011 establishes that gaming and gambling operators who have their tax residence in Ceuta or Melilla and are actually located/based in these territories will be taxed at 10% instead of 20% GGR (amounts played minus prizes) .

Basically, in this consultation, the DGT is asked about what should be understood by the expression “actually located”, because according to the literal diction of the precept to apply the reduced tax rate (10%) it is necessary not only to transfer the tax domicile to Ceuta or Melilla (which according to the DGT’s response is a merely formal requirement), but also to be “really located” in those territories, an indeterminate legal concept that needs to be clarified due to the fact that it is not defined in any tax law.

In this sense, although the DGT previously clarifies that the real/actual location of an operator is a matter of a factual nature that should be analyzed on a case-by-case basis by the Administration, it does establish certain guidelines or criteria that must be taken into account for the purpose of proving the real location in these territories. There are three:

DGT’s response is based on:

This being the case, there are several questions of the answer offered by the DGT that bring our attention.

First of all, it is necessary to emphasize that one of the requirements is that the workers who provide their services in Ceuta or Melilla must be residents in those territories, a matter that not only is outside the company´s control, it is also outside the worker´s desires (keep in mind that the tax residence of a taxpayer of the IRPF is a matter in which not only physical permanence in a territory influences, but also the family and economic ties of the taxpayer with other territories).

Secondly, it is noteworthy that requirement (iii) refers to the percentage of costs represented by intra-group services, considered as a whole, and not only those attributable to these territories, with respect to the total costs supported by the online gaming and gambling operator. If so, an operator with a highly decentralized structure and a high level of intra-group services (for example, if it forms part of a business group with companies from sectors that give support and/or complement the gaming and gambling activity) could have it more difficult to apply for this incentive.

And, thirdly, it is worth to mention how the DGT only says regarding the tax residence that “it is a formal requirement, of right, and it will be understood fulfilled if according to the tax rules that determine the tax residence, the operator has its fiscal residence in Ceuta and Melilla” without going into the analysis of the mercantile law and the content of the tax rules (articles 48 of the LGT and 8 of the LIS). According to both tax provisions, the fiscal domicile of an entity is linked to the effective management center of the same, so it would even be necessary to observe the residence of the components of the administrative body to determine where the effective management of the company takes place and where the fiscal domicile should consequently be located. It is noteworthy that the DGT remain silent on this point, especially if one takes into account that perhaps in another situation, based on the allusion that tax regulations make to the effective management center, the Administration understands that an online gaming/gambling operator that meets the above requirements is not really based in Ceuta or Melilla because the effective management of the operator does not take place from those territories.

Regardless of any criticism that can be made of the answer offered by the DGT, and at the expense of this pronouncement may be completed in the future by the DGT itself or by higher instances (taking into account that we are facing a question little or nothing treated to date), the relevance of this consultation is the criteria that today seems to be sufficient to accredit the “actual establishment”.

Therefore, once the social and tax address has been transferred to Ceuta or Melilla, as long as the effective management of the company takes place from those territories, in order to apply the 10% tax rate: